So the world has seen the light, finally. Speculations have flourished all over the interwebs for weeks, months about what this phone will look like, feel like, perform like.
And now Samsungs latest epicness has been revealed to the masses at thursday nights "Unpacked 2012" event in London.
Samsung Galaxy S3 comes with 4,8 inch HD Super Amoled screen, , three different variants of storage. 16, 32 and 64 GB versions.
Iinitially a 3G version is released during may in Europe while a LTE version is to come later on .
No dates on those yet .
A phone that listens, understands and reacts it was said during the "Unpacked 2012" presentation.
If that holds true, and the demonstrated features work for endusers that might change the mobile arena a bit once again.
A handful of new features were presented, burst photos, voice commands supported in 8 languages, smart alerts, social tags and the list goes on. Check out the official page here.
Just over 8 millimeters thick , 133 grams weight is quite impressive taken the specifications it comes with.
Two colours, marble white and pebble blue will be available.
Peripherals available are the "Pebble" mp3 player, wireless chargingstation, dockingstations for home and car use , HDMI kit and surely even more to come.
I personally beleive this one will be a top-seller too , as have been the previous galaxy versions from Samsung.
"Made for humans , inspired by nature" 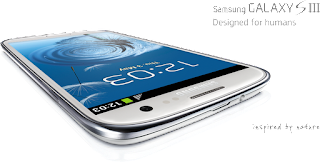