For those of you who did not know yet, Jollamobile, the former Nokians who launched a Merproject /Qt based "phone to come" have put up a Facebookpage .
Since they announced their plans the past weekend on @jollamobile the list of followers keep rising. (8697 followers at the writing of this).
Questions still to be answered float around in the social media.
What brand will the upcoming two phones be made by ?
Since Jussi Hurmola (CEO for Jolla) revealed plans to launch two phones by the end of 2012, speculations has arised wheter their phone is to be manufactured by ZTE, Huawei or some other company.
Funding seems to be in place aswell, since the answer to those who wished to support Jolla financially by asking via Twitter got responses pointing towards supporting the mer project instead .
Exiting times indeed, this could be a big one once fully launched. 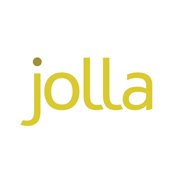