The folks over at HBO Nordic were kind enough to let me test "HBO Nordic" VOD service.
This one has been highly anticipated by fans of HBO , who are hosting series like "True Blood", "Boardwalk Empire", and many more. 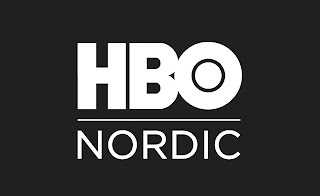 The HBO Nordic service is viewable on several different platforms. Windows and Mac OS by browser. (Widewine plugin needed ).
You might also be eligible for the 6 month freeride on HBO Nordic service if you bought any of the Samsung devices listed here.
One can also view content via the Android App or the iOs App. (Handhelds and Tablets)
The Nordic iOs app for HBO Nordic is currently in the Apple approval process and will be released shortly.
As a subscriber you can register up to 5 different devices and you can remove 1 device per mont and up to 6 devices per year.
But only one device can stream content at a time. Netflix has been tested with two  simultaneous devices streaming individual content on the same account.

As far as pricing goes, HBO seems to aim to be at the same level as their prime competitor Netflix as far a the monthly cost goes. There were rumors that HBO Nordic would  only be available as a Full Year subscription but this seems to be a red herring.
HBO is offered as a monthly service .
The service is offered as a "Premium" one, without advertising and the latest episodes of your favourite HBO shows available within 24 hours after US premiere.
This is an edge the other VOD services dont have today.

The current content library is said to be less than 100 % as of today, with a promise of added shows as time goes by and also a small hint that not all shows will be available due to copyright reasons.
A flaw that even competitors are struggling with .


Audio and Video playback is flawless in quality. No lags or other errors.
Bandwidht requirements are 3G or better , preferebly 8Mbit downlink or better on cable.
5.1 audio is currently only available on selected Samsung Smart TV sets.
Subtitling is available in all Scandinavian languages , Swedish, Finnish, Norwegian and Danish.

Some functions i miss are the "Continuous playback", where one episode ends and a countdown timer starts before automatically playing the next episode.
Another thing i noticed is the absence of "resume-episode" playback, where one episode can be resumed at any time on any registered device.

There was no "Kids" section when the review was done, which i would recommend HBO to add since this adds an edge to any service of this kind.

It's so much easier to start a video from a user optimized interface than going through that DVD collection of yours and doing all the hands-on needed to show your loved ones their favourite heroes / heroines.

Overall HBO Nordic is a powerful service if you're into HBO s content.
The delivery of content feels stable as a rock and with crystal clear video.
HBO is currently available with HD quality on Samsung Smart TVs and this will also be available at a later time on PC , Mac and Tablets later on.


Big thanks to HBO Nordic for letting Androidistica test-shoot this service.