Android in the lead ?

So we all now know what the next Samsung phone will bless the owners with.
More power, more Samsung.
What also has been known is Samsungs efforts to include another mobile platform in their univers:
The "Tizen" platform.
(HTML 5 support here too, as in Firefox OS and others )
With 40 million of the Samsung Galaxy S3 sold there is no doubt Samsung can feel the wind of victory in their sails. 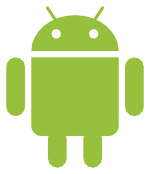 With newcomers as Jolla, Firefox OS and Ubuntu touch to mention a few the handheld map is constantly redrawn and Samsung, Apple and the other giants need to pay attention to this.
Which i'm sure they certainly are.
It's you and me , the consumers who feed the manufacturers.
And by the way, if you want the low-down on why the Android and iOS updates seem to take different amounts of time before reaching your phone, Gizmodo dug deep into that mystery and revealed some truths to us all.
Make sure you think before you act fellow consumer .
I think the crystal ball of the mobile future is pretty dimmed for the most of us.
I find it hard to give a five-year prediction of what will be "The major" player in mobile technology.
With so many players up to the batting plate it might be a divided Throne amongs the chosen few.
Things are getting pretty interesting i'd say.

Don't touch that dial!
More to come from Androidistica in a few moments !