At times like these, with so many devices in so many homes energy is a needful thing .
With chargers to all our devices the number of wall outlets is also a critical factor.
Not to mention the natural ability all cords have in intertwining them to each other if put side by side with another cord.
We are many, having literal snakepiles on our kitchen counters and office desks due to the increasing number of smartphones, tablets, mp3 players and whatnots. 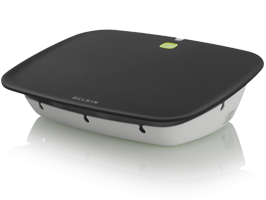 So clear the mess of tangled upp charger cords in various locations around your home Belkin has come up with a solution to the tanglement of cords - dilemma.
Feast your eyes on the Belkin Conserve Valet!
This little fellow can charge up to 4 devices simultaneously and doing it in a smart way.
Compatible with a wide array of chargables ranging from iPod Touch 5th Gen to the Samsung Galaxy S4.

The list of supported devices is nothing short of an endless one really.

The smartness coming in the neat feature of shutting the whole device down when all attached chargable devices are fully charged.
I've tested this little baby with Samsung Galaxy Note 2, Samsung Galaxy S3, Nexus 7, ZTE Light and they all charged nicely.
The only notable thing being that the charging time compared to the original chargers was slightly longer .
Not a big deal since you know the unit stops sapping your electrical bill once its done charging.

Eco-friendliness in a nutshell really ! Go get it !

Thanks to the lovely people over at Lovecases for having Androidistica testdrive this unit !