Not long ago in a Galaxy pretty close to ours ,yet another smartphone was born.

The HTC One was highly anticiapated and once in the eager hands of the craving humans the interwebs started to fill with unpacking, reviews, hands-on videos , comparisons and drop-tests.

Not too long after the inital launch the developers got their gears running with the relases of custom roms for the HTC One.
There are Cyanogenmod ROMS, AOKP roms and without a doubt there will be even more options in that area of interest . 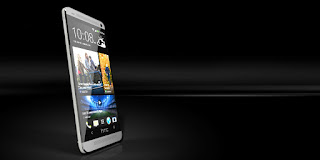 Androidistica was supposed to have a spin with the HTC One but unfortunately the HTC One's availability at our local dealer ( pretty big player, 30 stores in Sweden) did not have the HTC One .
They did not have any ETA date for it's arrival either.

I was stumped, literally.

As the representative told me, customers coming in  for the HTC One were quite dissapointed when they could not buy the HTC One handset and in turn chose the Samsung Galaxy S4 instead.

A trend already seen by the salespeople at the store i visited.
Ok, i'll let you in on the name of the store. It's Mediamarkt !

So instead of telling you about the feel and features of the HTC One i am forced to leave you to these short rows of text on the HTC One.

Build Quality:
The much spoken of premium-feel of the HTC Ones casing stands true.
Carved out of aluminium, processed for 380 minutes each, the backpiece feels solid.

User Experince:
HTC has Sense UI,it has evolved into a UI with numerous customization options enabling you to modify colours and the user experience to your liking.

Conclusion:
WIth a 4,7 inch HD Screen, dual speakers on the front, aluminium casing .
The inside huffing and puffing with the Qualcomm Quad-Core snapdragon processor and  2 GB of DDR2 ram memory the HTC One is sure to take it's place among the smartphone flagships this summer.
The camera onboard is brimming with features aswell, reportedly being better in low-light conditions than the current competition right now.

If you are in the market for a new phone, make sure to give HTC One a spin !

Email ThisBlogThis!Share to TwitterShare to FacebookShare to Pinterest
Labels: android, htc one, mobilefun