(This review was made YOTA  style,entirely with the Samsung Galaxy Note3)
The beast has arrived!The Samsung Galaxy Note3 comes with 4G , 5,7 inch S-amoled screen and we've  got 3gb of RAM working with the Snapdragon Quadcore CPU . Something noticed while unboxing was the half-hand sized sticker telling that this unit is useless as a phone outside EU countries.
That goes in on the minus account for Samsung.
The motives for this are unknown to me,however Samsungs official statement points to the fact that once you activated your Note3 with a simple card for the country you bought it in there is no obstacle using the phablet in other countries.
Whats in the box then ?
1 Samsung Galaxy Note 3
Headphones
Headphone rubber plugs
Battery
Manual
S-Pen pointer replacement kit.
Charger.
The similarities with Samsung Galaxy S4 (reviewed by Androidistica earlier)are striking . Although the outer measures are almost identical with little brother Galaxy Note2.
Looking at the functions coming with this device, smart stay ,group play ,s-health, compatibility with galaxy gear,smart stay, leather feel-backside and the loaded camera we got something of a showstopper.
Friends have said it being too big, awesome and jaws have dropped amongst the ones I have showed the Note3 to.
A powerhouse in the palm of your hand one might say.
The S-Pen has been remade into a slighly smaller one. The tip of the S-Pen comes with a new  material, rubberized tip instead of the hard plastic point we could see in the Note2.
Digitizer provided by Wacom this time too, as it was in the Note2.
Once popped out the S-Pen gives you a nice 'Air command ' round shaped menu.  From it you can do many tasks, open a S-memo, Screenwrite (add handwriting to what you see know the screen),S-finder, S-Pen menu or start the Scrapbooking app.
Usability with the Note3 is good.
The back piece with it's leather imitation feel,the sharper corners, thinner design than the Note2 makes the Note3 easy to become friends with. The power button on the right hand edge and volume button on the left hand side feels quite standard nowadays on the Samsung phones.
With the built in storage coming in 32gb,leaving over 20gb free Samsung has made improvements in that area too.
Needless to say all gaming and video look fabulous on the 5,7 inch screen.
For those of you who already got the Note3 there is a plethora of cases available already.
To wrap it up Samsung had touched up the Galaxy Note experience nicely. Only a year after the Note2 was released we got a 2013 version  with the punch needed to stay on top of the Phablet game.
Touchwiz is still implented on top of Android 4.3 and the only issues noticed we're some hang ups on Google Play store and problems updating Samsung Hub.
Naturally your wallet will scream in agony this being a top of the food chain device.
But in space no one can hear your wallet scream. 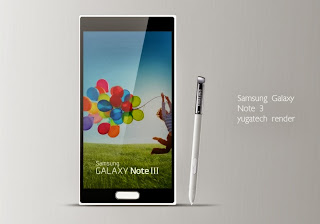