Snowy landscapes surround the habitat and temperature outside is dropping further below zero than before .
Winter is done with coming, it's here.
Androidistica has been eagerly following the evolvment of hardware and software in the Android-verse as always.
(Of course you already know XDA Developers is a hard trolling place for me too).
We have seen updates to Android Kitkat emerging, fixing camera and sound issues. Yes, 4.4.1 it's called now.
Cyanogenmod dishing out hours on developing CM 11.0, Omnirom doing OTA updates to their nightlies and the Slimrom team doing Slimkat betas available for a lot of devices. 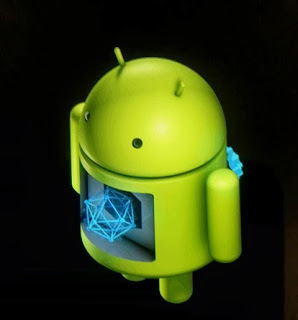 The Year Of The Android project fell short on usability and lack of cash one might say.
A wonderful discovery was the Androidx86 project , which enabled a beat up old Thinkpad Laptop run Android 4.2 pretty flawlessly.
Unfortunately Androidistica could not test every bluetooth keyboard out there for Android, but surely there are some exiting alternatives to the standard desktop operating systems out there.
We've seen a Lenovos Yoga , the A10 and lots more that breathes Android on the inside for us to adapt and use as our every day operating system.
And as if that was not enough, there's ROCKI!. Put your speakers to work with this awesomeness!
Truly a groundbreaking device.
Will Jolla break open ground on todays Android devices the coming year ?
Lets hope so.