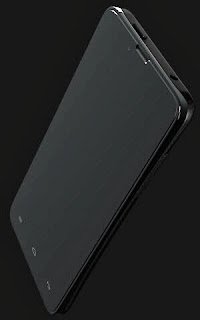 • New handset to be unveiled at Mobile World Congress in Barcelona, Spain on

a new Switzerland-based joint venture and its inaugural product, Blackphone, the world’s first

smartphone placing privacy and control directly in the hands of its users.

Blackphone, powered by a security-oriented Android™ build named PrivatOS, is a carrier- and

It is the culmination of several careers' worth of effort from leading figures in the industry,

of Geeksphone; Jon Callas, co-founder of PGP Inc. and CTO of Silent Circle; Geeksphone; and Mike

Janke, CEO of Silent Circle and former US Navy SEAL.

“I have spent my whole career working towards the launch of secure telephony products,” said

Zimmermann. “Blackphone provides users with everything they need to ensure privacy and

control of their communications, along with all the other high-end smartphone features they have

kept informed of updates as the launch date approaches. Blackphone will be available for pre-
order beginning February 24, 2014, at Mobile World Congress, in Barcelona, Spain.

For more information or to contact Blackphone visit: https://www.blackphone.ch/

pioneered the industry by becoming the first European brand to launch an Android™ smartphone in 2009,

and launched the world’s first Firefox OS™-powered smartphone in 2013.

Geeksphone relies on an “open source” business philosophy, which enhances agility and participation in its

decision-making. For more on Geeksphone, go to: http://www.geeksphone.com/

Internet encryption for voice and data and 2012 inductee into the Internet Hall of Fame, along with Jon