Before the time of internet, in the beginning of the industrial revolution men and women did not need much exercise as we look at excercise today.
There was hardly a need to count calories or steps for the working class as labour work was a part of everyday life back then .
We live in a different time now.
Office work, smart machines and computers are doing the heavy lifting for us today.
Mostly.
Now, this is not a tearful nostalgia trip to the olde times so fret not.

What Androidistica is reviewing today is one of those wearable gadgets that keep track of how little or how much you have moved .
It even tracks how you sleep .
We are of course talking about 'Shine' from Misfit Wearables.
Coming in a luxurious package we have this little button - like tracker eager to keep track of our everyday momentum and nocturnal activites. 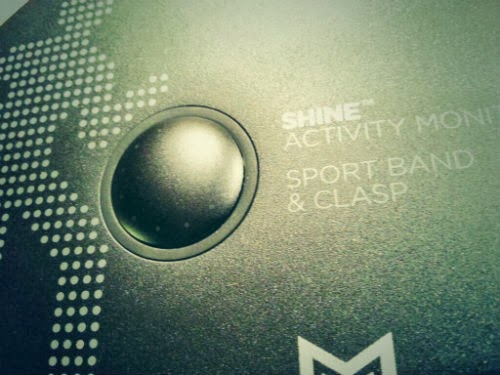 There's an app in Google Play for the Shine as well.
In the app you register for a free account,  do your initial sync over bluetooth and you are all set to go. 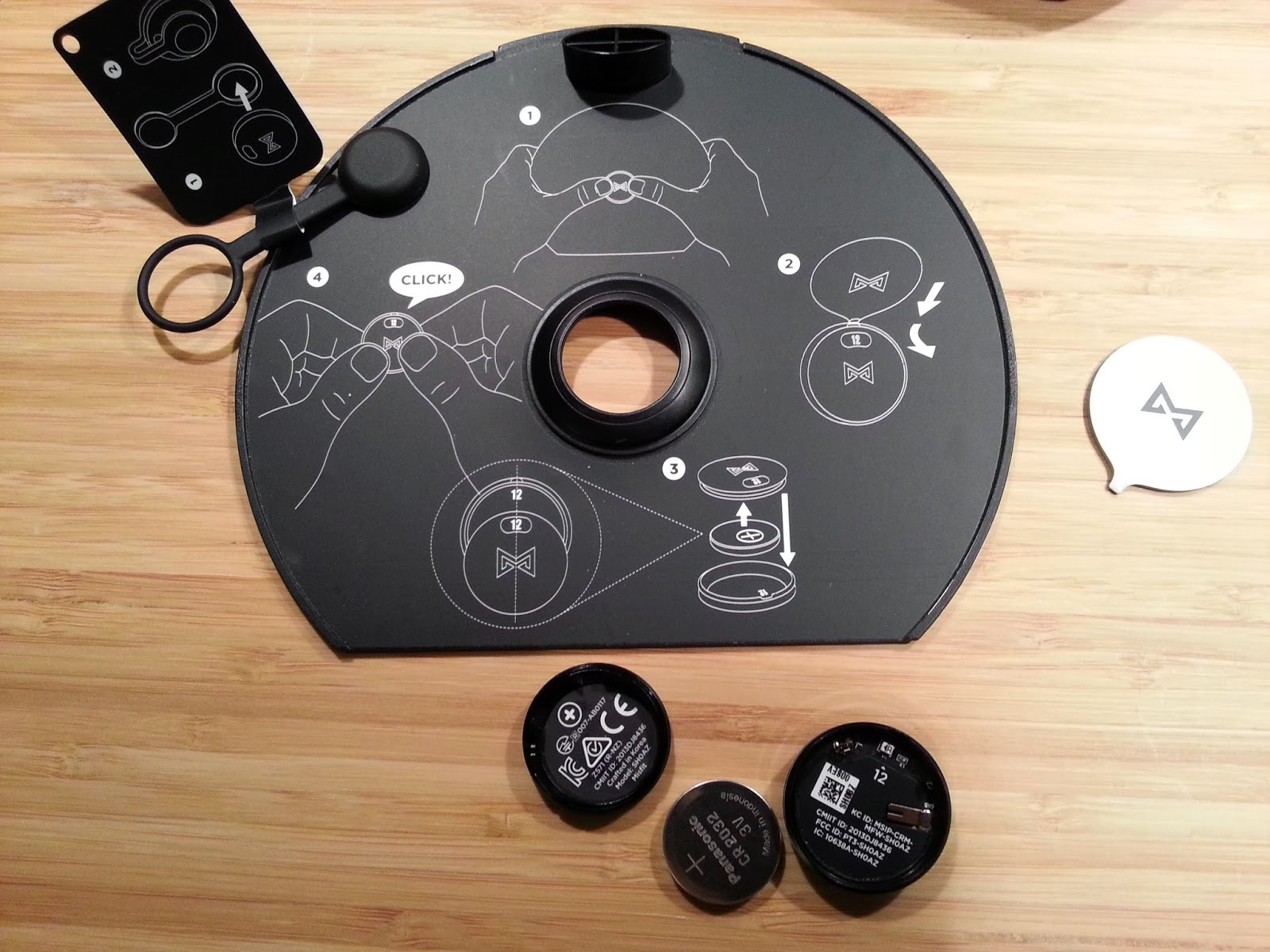 We have everything we need in the kit as you can see in the image above:
Top left is the magnetic clasp, on the right we have the tool to open the Shine with and on the bottom we have the Shine taken a part with the included battery.

The battery is said to last for 5-6 months if you dont spend all the juice on playing party tricks on your friends with the shine.
Party tricks ?
Yes, the shine is a interactive activity tracker.
Once activated with the battery in place and synced with your Android phone or tablet the Shine can be interoperated with .
One tap on it displays your daily progress towards your goals, which you set in the app. (Number of steps you intend to take during the following 24 hour period.
The result is beatifully displayed via small LEDs placed on the circular edge of the shine. See it as a percentage piechart.
Two taps displays the time, also lighting up the LEDs, one for the hour of day and two more for the minutes.
Tap three times and the Shine goes into nocturnal mode, tracking your sleep.
The result of your sleep can be seen in the app once synced up in the morning by you .
(Deep sleep and total sleep hours displayed.)

So how does it run conclusionwise then ?

Pros:
Beatifully designed: with a high quality feel, a combination of a chromed metal edge and plastic the Shine breathes craftmanship and quality-awareness.
Options are available to wear the Shine as a neclace or on a wristband.
Lightweight: you easily forget wearing it since there really is no weight at all to the Shine.
Easy to get started with: downloading the app, putting the shine together and sync did not take more than 10 minutes.
Multi-function: Being water resistant , motion tracking while outdoor or asleep you can really keep track of your activities and calories burned.

Cons:
Weak Bluetooth Signal:  Syncing failed some times , you have to keep the Shine really close to your phone to get it to sync. The app acting slow too, not sure if this was due to the syncing signal being weak or the app itself not being at an optimal release level yet. IOS got their Shine app with graphs and statistical data wich is "to be released " in the Android version.
The Syncing issue is being worked at according to Misfit Wearables, so this is most likely to be fixed in future releases of the App.
Motion tracking missing steps ?: At test runs made with the Shine ,outside walking with a friend who had GPS tracking Runkeeper while walking the same distance the data did not match with the Shine.
According to Misfit wearables, most people are not too interested in counting steps. Hence the Shine counts activitiy via Points instead. Measuring overall activity instead.

Androidistica sends humbled thanks to Misfit Wearables for the reveiw opportunity.