[ Trifecta ] Three devices that made my vacation enjoyable

In the northern hemisphere we have the industrial holidays underway .
Personally i have had four weeks of vacation and that streak is now coming to an end.
Reflecting of the things done during my vacation it's really easy to see the benefit of the Androidistic things that were used during this time.
To summarize it all i've tailored a list for you to glance on: 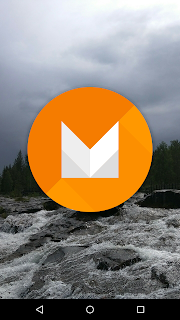 Yes, still my primary device with enough performance under the hood .
Of course i've seen the benchmarks, glanced over the comparison reviews
that are putting the current flagships on display. My flagship is still the Nexus 6.
Fishing trips with the kids , my dear brother and friends have been eternilized
with the help of the camera on the Nexus 6. Google Photos with unlimited storage is taking care of backing it all up.
Google photos is worth a mention with it's new features weaving it together with google Maps timeline.
As we took a family trip up north , google photos made a nice story of our journey and also added a time line with the exact times and dates to google maps location history.
Paranoia? Tin foil hat ? Because is allowed google to store my locations ?
Nah. I'm not that important of a person and my secrets are few so i'm ok with this feature.
We got sidetracked a bit from the Google
Nexus 6 headline but Android is all about usability and this comes in form of the apps quite often. 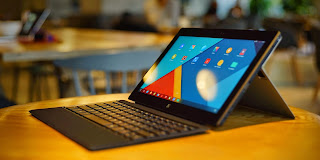 I managed to get onboard the kickstarter campaign for the Jide Remix Ultratablet. This device too has been used during my vacation, almost daily i'd say.
As a breakfast companion, checking the latest news via Feedly. As a travel planning device together with Google Now cards storing hotel reservations, google maps for planning driving routes and at the hotels were we stayed at .
Really nice to check the photos taken during the daily trips at night on a 11,6 inch screen in the app, google photos.
The plan was to use the Jide Remix with Netflix and HBO in case we'd rain in some day but luckily we did have ok weather on the trip.
Riding the Remix OS, we have some serious development going on by the Jide Team, working closely with the user community.
Remix OS has been released for Nexus  10 and the development continues.
Jide Team is listening closely to their users while polishing up the Jide OS.
Hat's off for the folks at Jide.
And as if that wasn't enough, a new kickstarter was launched by the same team. Called 'Jide Mini'.
Make sure you check that out! 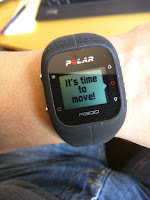 This device was reviewed earlier here and to be honest , it has excelled even more after the positive review.
On at all times, the Polar A300 keeps track on my activity, sleep and the time!
This feature is more handy than i realized.
You see, i am one of those who ditched the wristwatch once i started using cellphones (Yes, i AM that old. Cellphones....).
Anyway, i've always relied on the chosen phone to keep track of my time.
Now, with the screen estate going for larger and larger displays, the smartphones take more and more room in pockets, tables , bags and in hands.
As a countermotion, the A300 stays on my wrist, keeping track of time for me while i lay those chicken filees on the grill.
I have also felt when i have been inactive for an hour since the A300 vibrates notably when i have been sitting for that time.
I want to be around for my kids growing up, without being a crossfit freak.
The polar A300 makes that possible for me. And as an extra plus, the Polar flow App nowadays even has google fit support.
Batterylife is also over the expected one week, i charged the A300 a week and 6 days ago. Battery is down about 45%. Top notch !!!!

So there you  have it , my three fav's of this summer when looking at vacation companions that work on ones and zeroes.

Now ,stay tuned and Androidistica will bring you reviews and news as always.
at July 29, 2015