[Interview] Thorkild May of Kromkendama

Once in a while you stumble upon  something so fascinating  that your curiosity takes overhand.
This usually involves stories of success stemming from hard work and enthusiasm.
This is such a true story.

Some time ago our beloved kids were asking to get Kendamas.
I saw Kendamas at times in the locker room of my sons icehockeyteam, a teammate of his was playing with a Kendama.
Then i saw Kendamas on the kids schoolyard, several kids playing with them.
I finally caved in and bought our children a Kendama each.
These were Krom-Kendamas.


Fast forward from Spring 2016 to late autumn 2016, more specifically a friday afternoon.
I am on a Skype Video call with Thorkild May, sitting in the Krom shop in Denmark, servicing customers while having a relaxed talk with me about what i choose to call "The Krom Saga".

We talk about how it all started, back  in 2007 when Thorkild with some friends were visiting the Roskilde Festival.
There he spotted a man playing with a Kendama, he actually had two.
Thorkild asked if he could try it out and so he did.
He ended up buying one of the mans two kendamas, and all of a sudden the Roskilde festival involved a whole lot of Kendama jamming by Thorkild and his friends.

Now Kendama became a thing for Thorkild and his friends.
A trip to Japan rendered the host of friends with some more Kendamas and Kendama.dk was born.
(Still lives on by the way, redirecting to Kromkendama.com of course)
More Kendamas was needed, to share the fun and love, so a small business was setup in 2010,mainly to serve friends and close ones with Kendamas.
In 2012 Kendama.dk hit the nationwide newspapers and Danish National TV.
The movement grew across the country.
Kendama became a bigger thing in Denmark thanks to the media coverage. 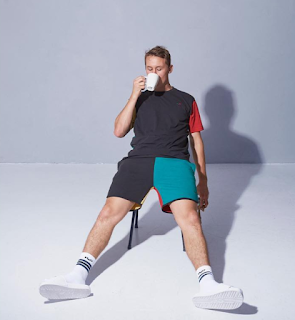 2013 a tour across USA and Japan was made, and new ties were made with the likes of KendamaUSA and, TerraKendama.
Competitions and Jams were visited by Thorkild and his friends.
A world championship title was received by Thorkild in the Catch & Flow Freestyle competition 2014.
During this tour a lot of new friendships were made and the network of Kendama enthusiasts grew bigger.

2016, late october.
Kromkendamas latest addition to their armada of high quality Kendamas, the "Slaydawg" sells out of stock in a matter of  few hours.
Actually it sold out in about one hour.
(Next batch is coming november 1st.)

The rate of success cannot be unseen here.
During our interview Thorkild kindly apologizes to serve yet another customer who's buying a Krom Kendama, asking if he wants it signed by him.

Back to our interview then.
I had to ask if Thorkild would bring a Kendama to the retirement home once he had to go there ?
- Oh, no doubt!
Talking with Thorkild about the spawning Kendama clubs , what advice does he have to the emerging Ken-Clubs?
- We all know that feeling of hitting your first spike.
- Keep competing with yourself and have fun with it.
- Embrace your own style and support each other.
-Keep hosting Jams, invite people to them. Keep online competitions and engage in    online communities.
Wise words straight from the heart from a young man who already has gathered a lot of experience regarding Kendama- pro life and business life.
Not being a one man show, the Kromkendama team consists of more people than Thorkild naturally.


Being pioneers in Hardwood kendamas, the question of the design process arises:
So what is important for Kromkendama when designing a Kendama ?
- It's important for it to be playable,by the players for the players you know.
-  Regarding standards and regulations, they need to be flexible.
-  Just as football goals are made bigger to make the sport more challenging and-      enjoyable , so does Kendamas need to evolve in benefit for the players.
-There is no use being stuck in some 70's regulation regarding sizes and    measurements.,the sport needs to evolve, getting stuck limits evolution.

Asking Thorkild about where Kendama will be in five years , and where will Kromkendama be ?
- Well , hopefully in a cooler office than this basement shop .
Thorkild laughs and explains enjoying their KromKendama shop, there is charm and understandably a lot of history.
Regarding the Kendama as a sport in the future, Thorkild has visions:
- We want to help Kendamacommunities grow, keep spreading the good message of -Kendama.
-We want to keep doing charities, do team battles and keep enabling communities.
Thorkild feels there being a lack of scientific research on health benefits of playing Kendama.
I have to agree on that, there is literally none.
- There should be  programs for seniors, schools for helping people gain the benefits of playing with Kendama. Thorkild continues.

Titled World champion in 2014 in the "Catch & Flow" Freestyle competition, CEO of a top company in the Kendama-sphere ,being a role-model for Kendamaplayers all around the world and serving customers in the basement shop of Krom at Westend 20 , Copenhagen Denmark.
There is something impressive in this kind of attitude, hard not to like .

Something is cooking within this Team, bringing the Kendama sport even further ahead than it is right now.